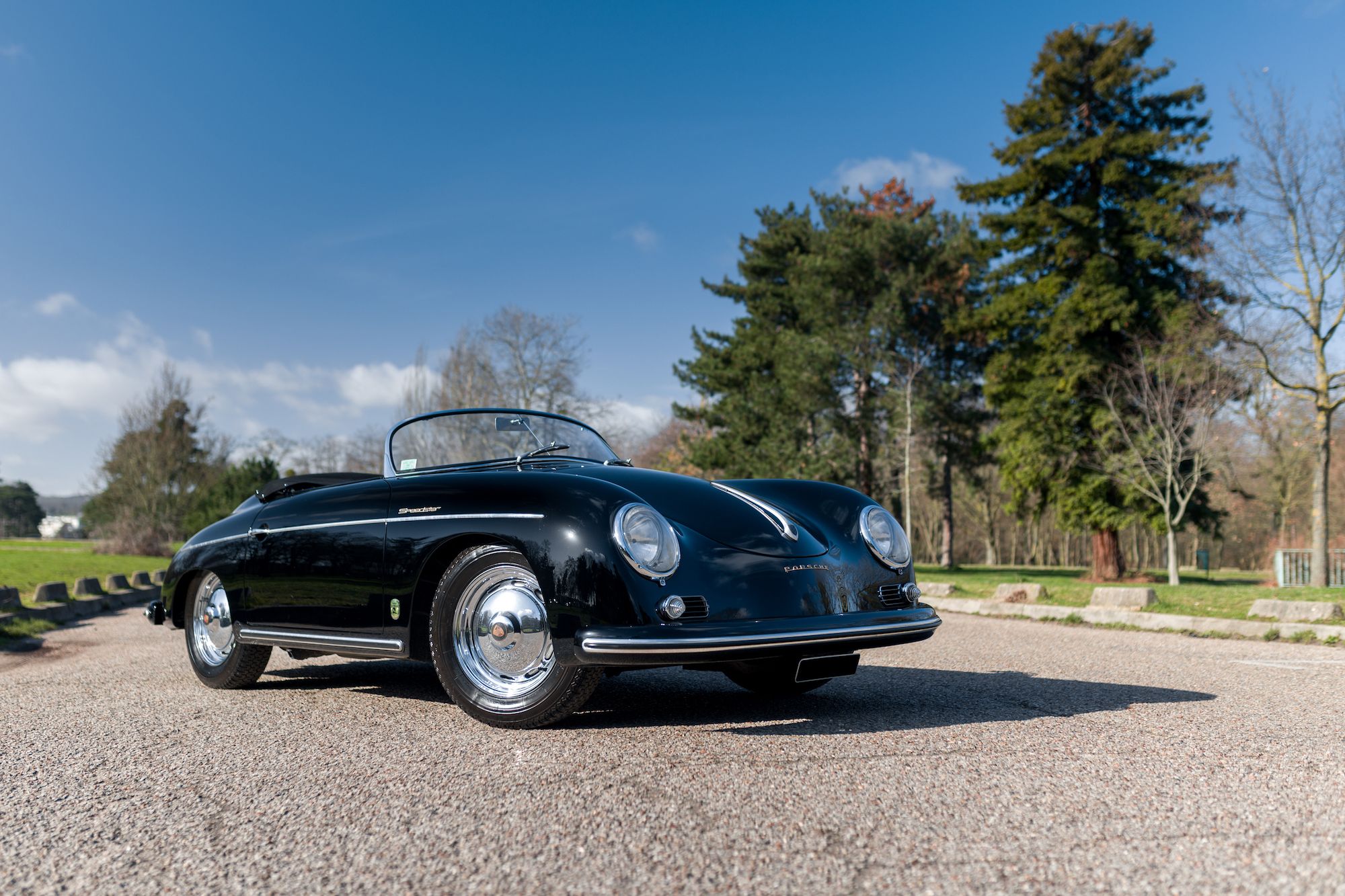 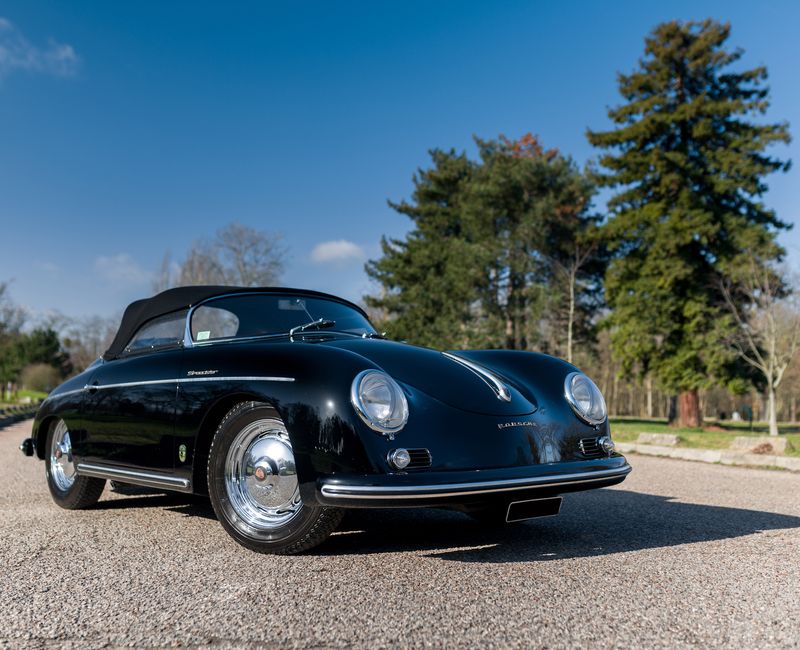 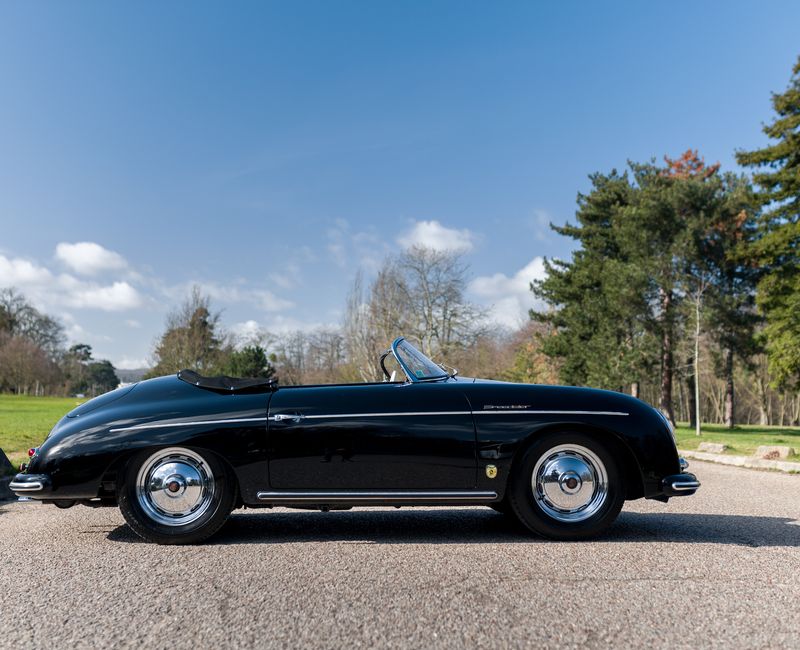 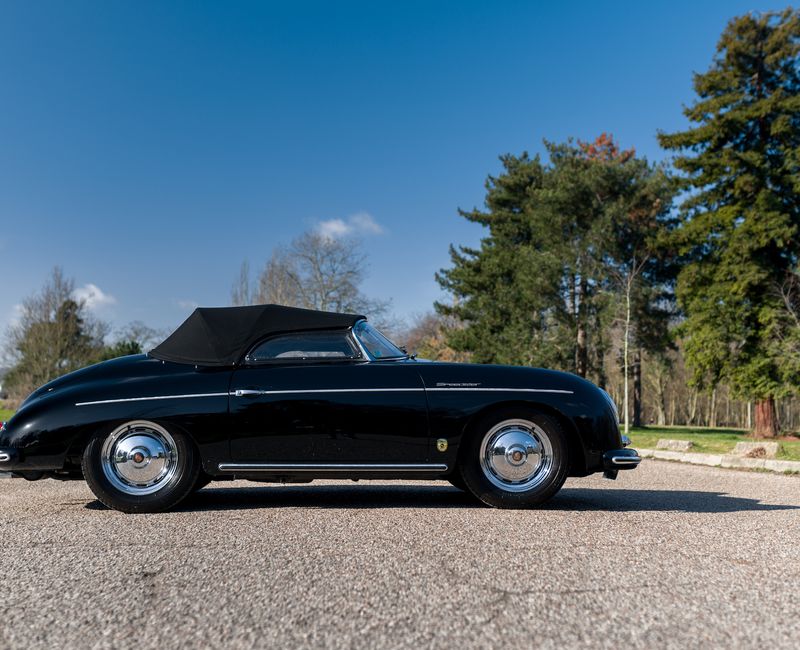 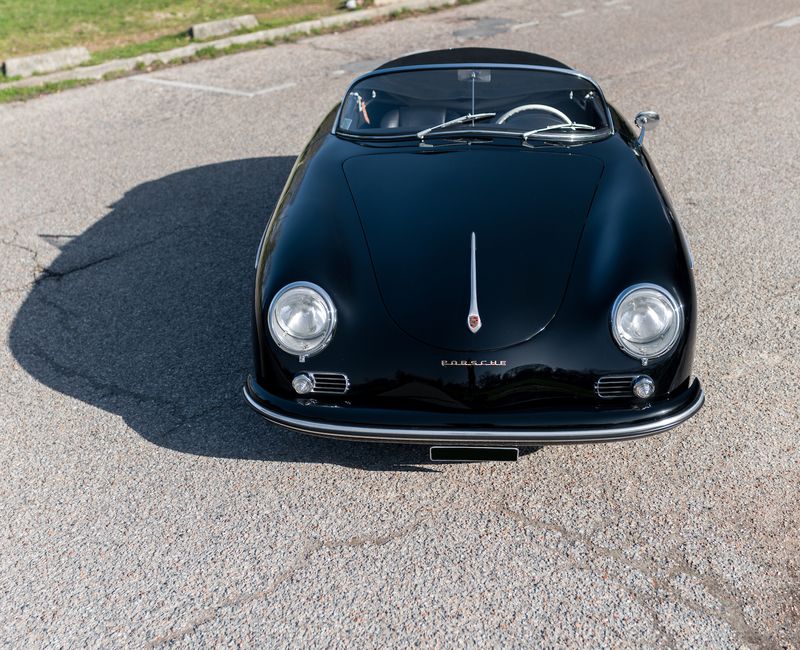 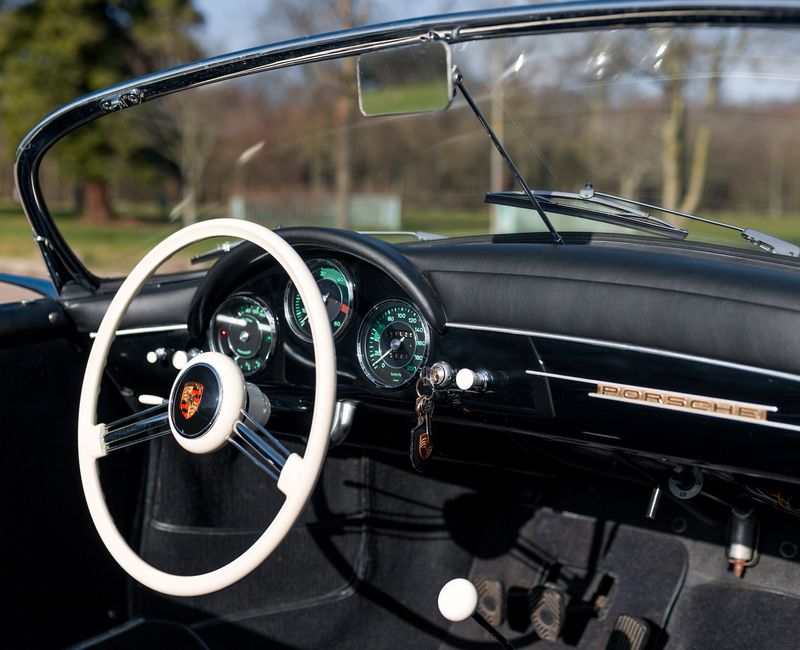 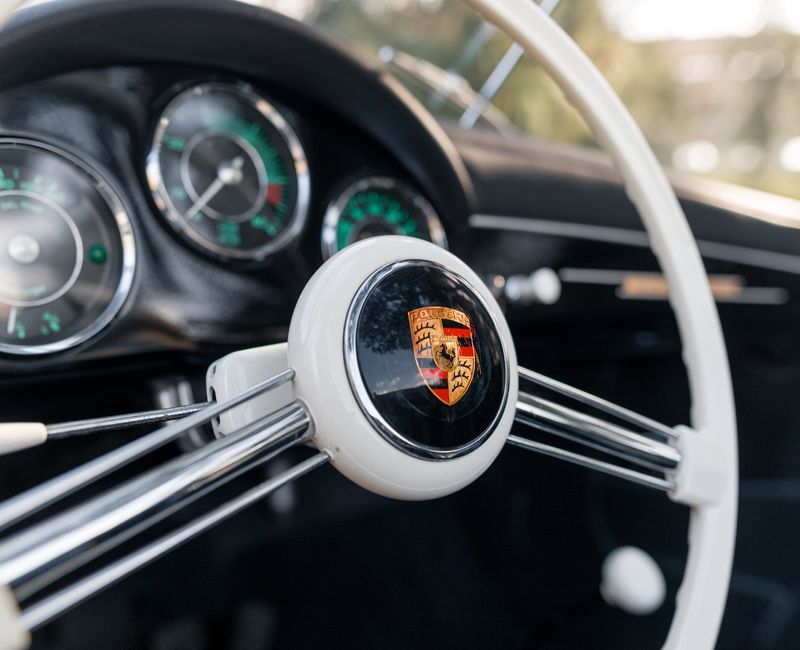 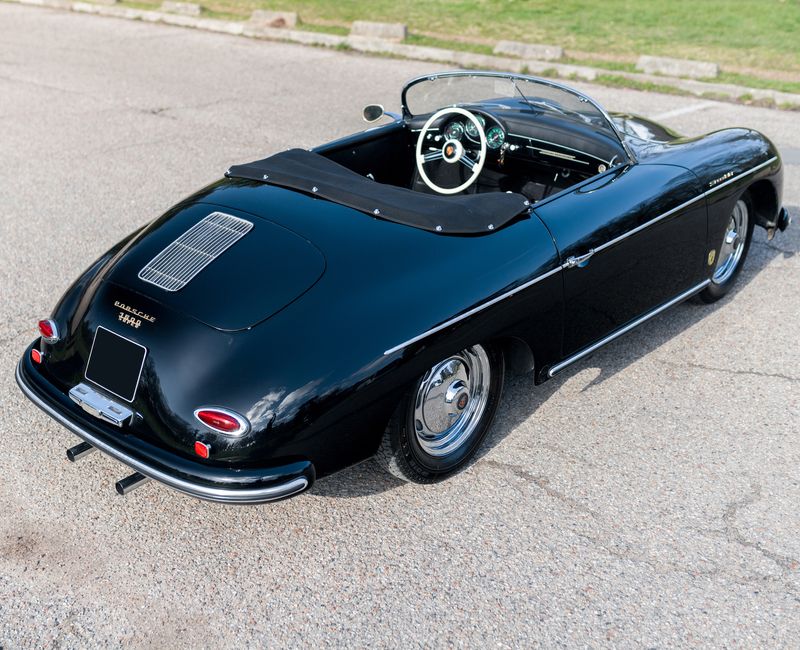 This particular Porsche 1600S Speedster was ordered new by Porsche USA distributor, Max Hoffman. According to its factory build sheet, this 356 Speedster was completed on 11 April 1957, finished in Signal Red with black leatherette interior.

The current owner had the car entirely restored by Le Coq in 2014. They redid the engine, the chassis, the gearbox and the body (90 horsepower / double carburettor)

This rare and highly desirable Porsche 1600S Speedster comes with its Porsche Heritage Certificate, its complete tool kit and side curtains.